DARK WATER AT THE FOOT OF THE MOUNTAIN 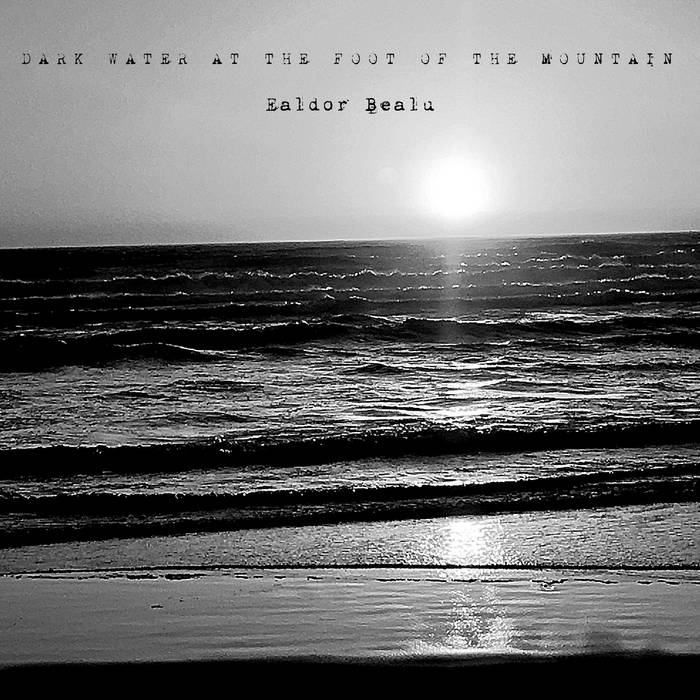 "The Boise-based four-piece of guitarist/vocalist/spearhead Carson Russell, guitarist Travis Abbott, bassist/vocalist Rylie Collingwood and drummer/percussionist/saxophonist Alex Wargo bring the 56-minute offering to bear with marked patience and impress in the complexity of their arrangements and the identifiable human core that lies beneath them. ...it was the ambience of Ealdor Bealu’s Dark Water at the Foot of the Mountain that kept me going back to it. An album that was genuinely able to project a sense of mood without being theatrical about it was all the more impressive for it being their first.”
Top 20 Debut Albums of 2017
-The Obelisk

"Shifting between a mesmerizing 7 tracks of ambient, echoing revelation Ealdor Bealu have crafted a debut release as vast as it is purposeful.”
Top 10 Discoveries of 2017
-Nanobot Rock

"The quartet evolves into a sound at the edge of shoegaze, with small touches of originality such as the presence of a saxophone from time to time. I can't help but feel bewitched by not only the music, but also by the voice of the singer..."
-La Planète du Stoner Rock

"The band's debut album, Dark Water at the Foot of the Mountain (self-released, 2017), is both dazzling and menacing. It combines solemn melodies, measured tempos, sinuous guitar lines and roaring distortion to create a sonic blend of beauty and power."
-Boise Weekly

"The traction of the music is desultory, undulant, as if one has wandered to land's end to face an ocean complicated by a hallucinogenic vision. All seems to end, even as it begins ever anew; or as poet Wallace Stevens once wrote: "Death is the mother of all beauty"."
-Boise Underground Music Pages

Ealdor Bealu is a progressive heavy-psych quartet based out of Boise, ID.

"Their tunes are atmospheric, sexy even. It’s thinking music. They harbor a slow, building, absolutely bitchin pleasantness, regardless of the riff they play. It seems to always reach higher, conquering more and more plateaus."

Bandcamp Daily  your guide to the world of Bandcamp

Cannibal Corpse's George "Corpsegrinder" Fisher stops by for an interview